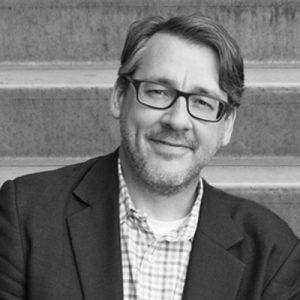 During his tenure as Algonquin’s Publicity Director he launched and managed Algonquin’s social media presence, growing its Twitter fan base to over 110,000 followers and its Facebook fan base to over 10,000 followers. In his role as Algonquin’s Online Marketing Director, he created the “Algonquin Book Club” series, pairing well-known writers from other publishing houses with Algonquin authors for live events/live webcasts; the authors he scheduled for this series include Stephen King, Edwidge Danticat (with Julia Alvarez), Anne Lamott, Judy Blume (with Tayari Jones), Terry McMillan, Kathryn Stockett, and Garth Stein. He also revamped Algonquin’s website and implemented several online series, including “Booksellers Rock”—monthly interviews with prominent booksellers from independent bookstores around the country—and the “Algonquin Talks” series, wherein he interviewed the book reviewers/producers for NPR’s Fresh Air, the Today show, the New York Times Book Review, USA Today, O: The Oprah Magazine, the Washington Post, and the Minneapolis Star-Tribune.

In addition to being interviewed for the Poets & Writers article “The Art of Publicity: How Indie Publicists Work with Writers,” he has spoken about marketing and publicity at many book conferences, including Grub Street’s “The Muse & the Marketplace” in Boston, the Decatur Book Festival in Atlanta, “Poets & Writers Live” in Chicago, and multiple appearances at Book Expo America, as well at various universities, including Macalester College, Hamline University, the University of North Carolina, and the University of North Carolina at Wilmington.

Before launching his publishing career, Michael received his MFA from the Iowa Writers’ Workshop. In 2009 he collected and edited the anthology Love Is a Four-Letter Word (Penguin/Plume), featuring work by Junot Díaz, Lynda Barry, Gary Shteyngart, and Kate Christensen, among others.

“Michael made things happen for me that I wouldn’t have dreamed possible before meeting and working with him. He was there for me at every step — at once therapist, collaborator, sounding board, and cheerleader par excellence. It isn’t just his passion and tenacity and reach that set him apart. It’s his erudition and his instincts and his profound thoughtfulness. He is the platinum standard. I just hope he’ll take me on as a client next time around!”